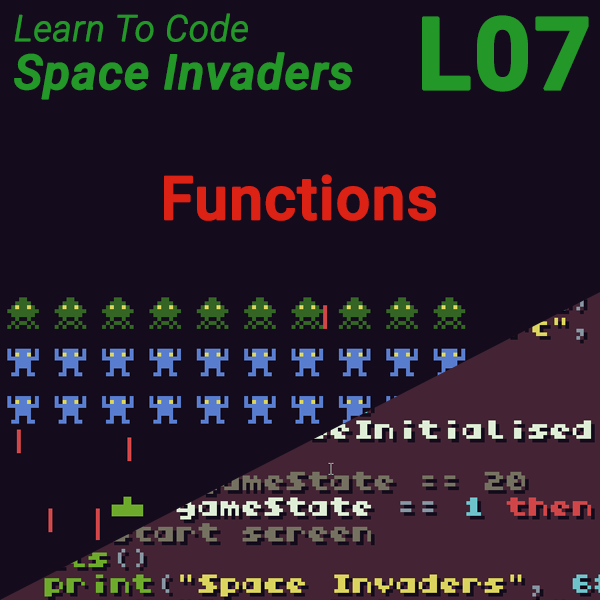 Breaking Our Code up Into Functions

As we add more features to our program our code is starting to get longer and longer. At the moment we are just adding our new code onto the end of our existing code. If we continue doing this we’ll end up with a single, very long block of code that performs all of the operations needed for our game. Whilst this style of programming can still produce a working game it makes it harder for other people, and indeed ourselves, to understand how the software works. We end up with a tangled mess of program statements that have been created in the order we thought them up rather than any structured layout.

This is why we always need to think about breaking our software up into manageable and understandable parts. Each of these parts will perform a very specific operation and when we put all the parts together we’ll have our full game.

Functions to the Rescue

Functions are the first method we’ll use to break up our code.

They help us break up and structure our code to make it much more easy to understand and to fix problems in the future (debugging and modifying our code).

Once the function has been defined it can be used in multiple places within our code. We only have to write the function once and then call it, rather than having to type in the code everywhere we need to use it. Having multiple versions of the same code is almost always a bad idea. If you ever have to modify the code you then have to make sure that you modify all versions of it. With a function you simply modify the function definition and then everywhere it’s used will automatically be updated.

The actual code for the function is usually indented a little bit so that we can see which lines are part of the function body.

In Lua we signal the end of the function by using the end keyword.

So our general layout for defining a function is:

To use a function in our code (we refer to this as calling the function) we simply call it by name.

When we call function it’s as if we had typed the code for the function in that place. For example.

It’s important to give our functions meaningful names that describe what they do. If a function handles the moving of the player ship then we should give it a name like movePlayerShip. This makes it easy for us to remember what the function does, but also makes the code where we use the function almost readable language. For example our main game loop will eventually be a list of function calls.

Even now, even though we haven’t written any of the functions, the code should make sense and you should be able to understand how the software is going to work as it steps through the stages of the game. We don’t know how to move the aliens, but we know that we’ll create a piece of code to do it and that that piece of code will be called as part of our main game loop.

Sending Information to Our Function – Parameters

So if you wanted to send the number 10 to our function we would call it like this:

The value 10 would be caught by parameter1. So in our function code the local variable parameter1 will automatically be initialised with the value 10.

We can send as many parameters as we want, we simply separate them using commas in our function declaration.

And we can call this function and give it three values using:

Getting an Answer Back from a Function – Return Values

Sometimes our functions need to send back an answer. We do this using a return value. This return value can be anything we want, an actual number, a string of text or if we return a variable, then we will return the value contained within that variable.

For example we could write a function that where we send a single number as a parameter and have it return back that number doubled.

We can then use this function in our code to calculate the double of any number we want. As the function is returning some information we need to catch it using a variable. This is done by simply assigning our variable the value returned by our function. For example:

At the end of this code the variable doubled will have the value 40.

There are a number of different names we use to describe functions. Most programming languages use the function key word and most programmers will talk simply about functions. But sometimes, especially in computer science examinations, you will hear procedures and subroutines mentioned.

Strictly speaking a procedure is a named block of code that simply performs a set of operations. It can accept a number of parameters but it doesn’t return back a value.

A function is the same as a procedure, but it will always return a value.

Subroutines are basically the same as procedures, i.e. they don’t return back a value.

From now on as we develop our space invaders game we’ll be breaking up all of our code into functions. Each function will handle a specific part of our game code to keep it well organised and more easily understandable.

Code for the Functions Test Program 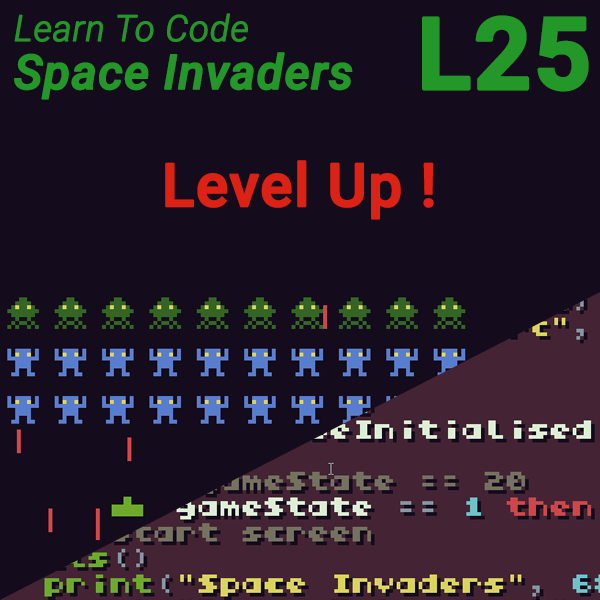 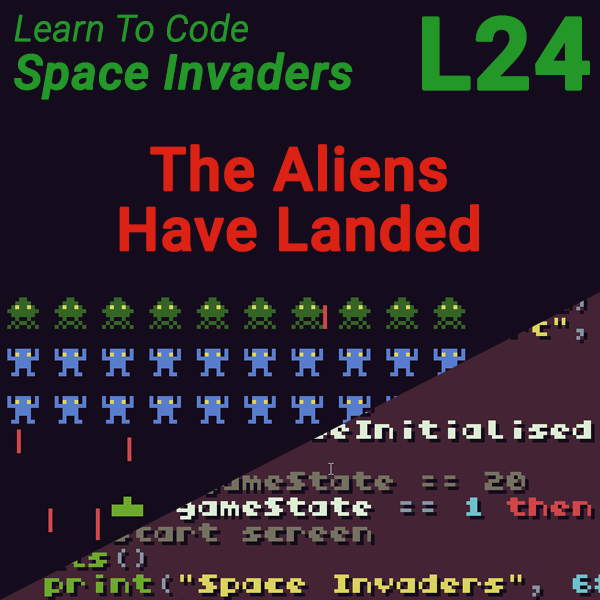 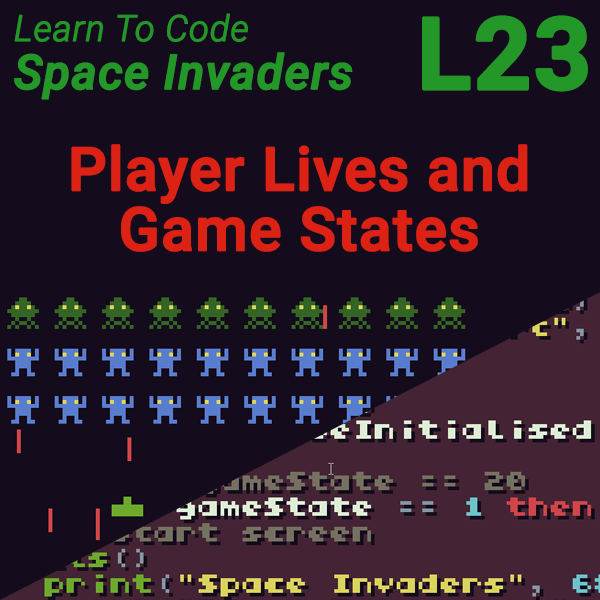