How to Unzip Multiple Archive Files in Windows 10 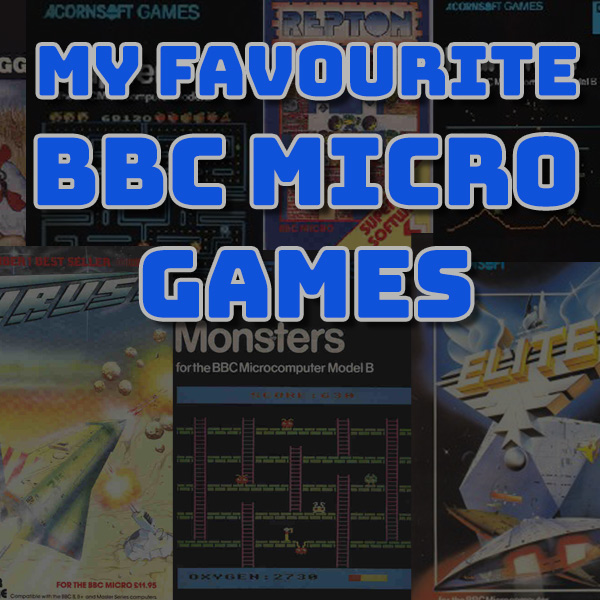 The BBC micro was actually my second computer which I got hold off in about 1982. It was a great machine for learning about computers and programming with BBC BASIC being one of the best implementations of this language. But of course, gaming was probably the biggest use of the computer. The games in this video are my favourites from that time so not necessarily the best Beeb games, but the ones that I most enjoyed owning and playing. So let’s get straight to the games. 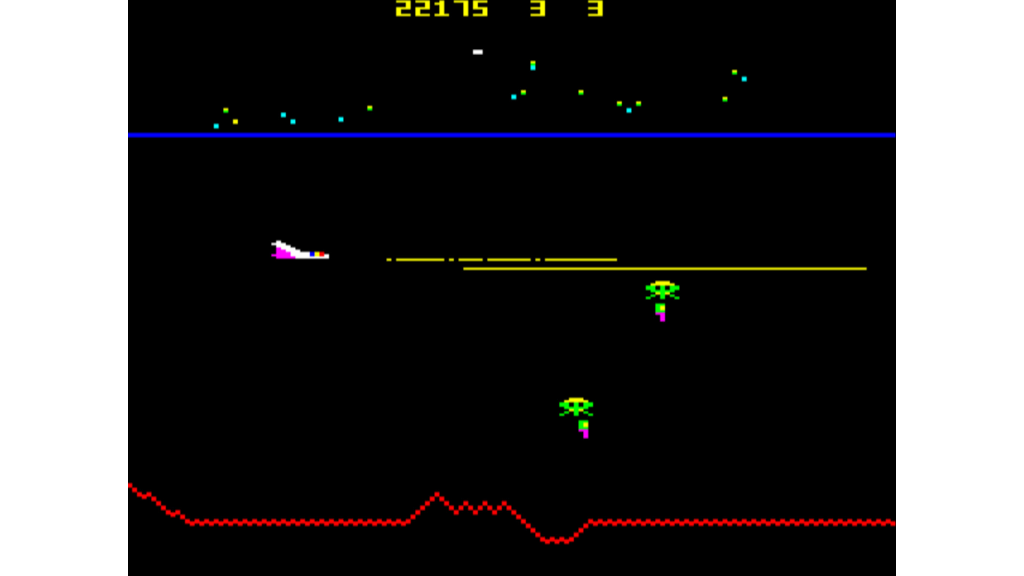 Planetoid was one of the early games released for the BBC. It’s a clone of Williams Defender where you play in a side-scrolling world with humans walking along the ground and aliens trying to grab hold of them and pull them to the top of the screen. If an alien succeeds it turns into a mutant which then hunts you down and is incredibly hard to shoot. Other enemies add to the excitement in this very fast-paced shoot ’em up.

The mix of fast gameplay great sound effects and the ever-increasing challenge makes this a hard game to put down. With seven control keys to get to grips with it can take a while to get going but once you’ve mastered these you will have endless hours of fun enjoying the gameplay. If I had to choose I’d play this version over even the original arcade game.

Every computer system needs a version of Pacman and Snapper, again from Acornsoft, delivered the full arcade experience to the Beeb. It’s a great clone capturing all the gameplay and excitement from the original. At a push, I’d say the sounds could be a little better and the ghosts don’t move quite as sneakily as the arcade foursome but it’s still a fantastic game that I personally spent hours of my childhood trying to master. Definitely, another to have a go with yourself.

Asteroids was one of my favourite games from the arcades which you can probably guess if you look at my programming courses. Meteors is yet another clone from Acornsoft which delivers one of the best 8-bit conversions I’ve seen on any platform. Okay, we’ve lost the pin-sharp vector graphics from the original but all of the gameplay and elements are there in a perfectly coded piece of software. Try playing this version and if you enjoy the game why not have a go at learning how to code it for yourself. Check out my free Asteroids coding course on YouTube at https://www.youtube.com/watch?v=EXt1BVvOkkA&list=PLvOT6zBnJyYHhjMGSWMIAFa5y29dplXkK.

One of the great things about the 8-bit computer age was that anybody with a bit of coding skill could put together their own game to rival the big companies. This meant that on top of the normal arcade conversions you got hundreds of very original games coming onto the scene. Galactic Firebird was another great shoot ’em up game for the Beeb which I bought when it first came out in 1983. It’s a great mix of pretty much every arcade shooter game that you can think off all packaged into one all-action blasting fest. If you like games with the simple left, right, fire and kill everything that moves gameplay, this is definitely one for you.

Frak! is an original take on the side-scrolling platform game. With large colourful graphics, you play a caveman who has to navigate a series of platforms and ladders to find three keys hidden in each level. Large static enemies block your way but you’re armed with a deadly yo-yo that you can shoot out horizontally to knock them off the screen. Random daggers fall from the top of the screen and balloons rise up from the bottom. If either of these hit you, you lose a life so you either have to dodge them or shoot them with your yo-yo. When I first played Frak I remember being amazed by the size and detail of the graphics and animations. The gameplay is great and it takes a lot of trial and error to work out the best route through each of the three levels. If you do manage to complete all three levels the game repeats by flipping the screen upside down, followed by further rotations and turning the screen on and off as you play on subsequent run-throughs. Having said that with only three lives I think I’ve only ever managed to get through the first three screens a couple times. If you like pixel-perfect jumping with a bit of problem-solving this is definitely the game for you.

And yes, there really is a hacked version with adult graphics and a caveman who really does swear.

Having grown up on a diet of Commando and Warlord comics I’ve always wanted to be a Second World War fighter pilot (and still do!). When Aviator was released in 1983 I had to get a copy. At the time this was a groundbreaking flight simulator that accurately modelled a Spitfire. Looking at it with modern eyes it’s very simple and very sparse wireframe graphics look very basic. But generating a 3D world with hills, fields, a town, a bridge and an airfield was cutting-edge for a home 8-bit micro. Mostly you’ll be flying by watching your instrument panel and yes, the screen updates at about five frames per second, but you’re actually getting to fly a real fighter plane. What more could you ask for? Written by a physics graduate this was one of the first flight simulators with an accurate physics model that we now take for granted in modern simulators.

If you’re being picky this probably doesn’t rate as an actual game. There is a shoot the alien mode you can play, but trying to find one alien in 100 square miles of terrain doesn’t make for a fast-paced shoot ’em up. But I’ve included it in my list as I did spend hours flying my Spitfire and living my dream.

Starship Command takes us back to the more traditional space-based shooter game. Here your starship stays fixed in the centre of the play area with the world moving and rotating around you. The game area is much larger than the screen so you have long-range radar panels to show you where the aliens are. The aliens come in two sizes firing a range of missiles and have quite a clever artificial intelligence in the way they attack you. Some will stand and fight, some will attack you and run away some will try and ram you. The gameplay is excellent and gets really fast-paced and exciting as the aliens hone in on you and your energy reserves start to deplete. When all else fails you can launch an escape capsule but make sure it doesn’t hit a ship otherwise you die. If you’ve accrued enough points, I think it’s about 250, you will be awarded a new ship and move on to the next level. This is a great, original game that I highly recommend you try.

What BBC Micro games compilation would be complete without Elite? Released in late 1984 this instantly became the must-have game for the platform. 3D wireframe graphics with hidden line removal to make the objects look solid was almost unheard of on home computers at the time. Also being able to split the screen display into two separate screen modes was an amazing innovation allowing the Beeb to mix hi-resolution two colour graphics with lower resolution four colour graphics.

The game was also innovative in giving you an open world to explore. Instead of following a set game story, you are free to roam around and play the way you want to. The basic game involves trading. You buy items on one planet and fly them to the next to sell at a profit. You can trade legal cargo or illegal items but expect the galactic police to start hunting you down if you go rogue. Pirates will also try to ambush you so you’ll have to learn how to defend yourself and kill them for both bounty and salvaged cargo.

The graphics and gameplay are outstanding and it always amazes me how they managed to fit this game into the standard BBC model B. The 3D radar screen works fantastically well to show you where your enemies are and I’ve seen this copied in numerous console and modern games. Even by today’s standards, this is a great game. So, if you’ve never played Elite make sure you boot up your emulator, load up the disc and have hours of fun.

One game that never seems to get a mention, but which I still enjoy playing today, is Monsters, again from those talented Acornsoft coders. In this game, you have several platforms you can move around on using ladders to go up and down. The monsters are trying to capture you so you have to dig holes in the platforms to trap them first. When you fill the hole in the monster falls to its death. Different coloured monsters have to fall different heights before they die so you need to line up a series of holes and lure the monster into the topmost before filling it in.

The last game I’m going to single out in this list is Killer Gorilla. This is a Donkey Kong clone released in 1983 by Micro Power. It was programmed by 17-year-old Adrian Stephens showing how the bedroom coder phenomenon was alive and thriving. It’s a standard but very well-executed version of the game where your character has to make his way through a number of levels avoiding the obstacles and saving the girl. The graphics and sounds are good but the gameplay is excellent making this, probably, the best Donkey Kong conversion for the BBC Micro.

Have a Go Yourself

This list only scratches the surface of the BBC Micro catalogue. These are games I played and enjoyed before selling my Beeb in 1985. There are hundreds of games which deserve a mention but I’ll leave you to discover those by yourself. Make sure you check out my post on how to turn your PC into a BBC Microcomputer so you too can play these great games.