Measure Movement on your Arduino with a Mouse – How to connect a standard mouse to an Arduino. 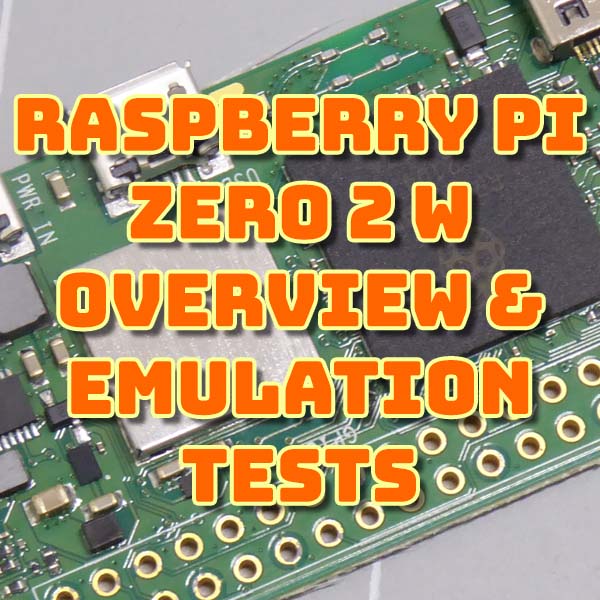 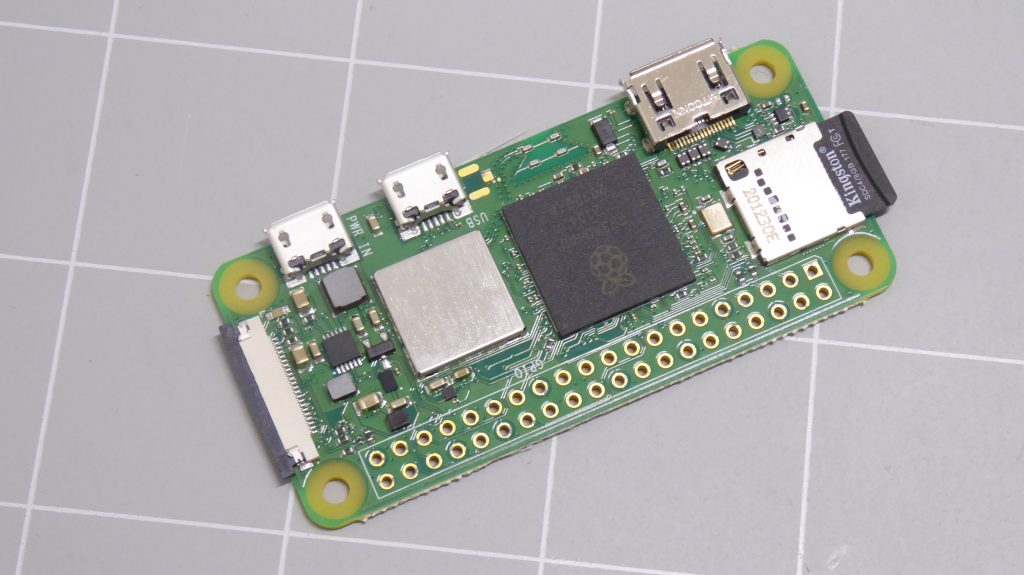 If you look at the specifications you’ll see that the Pi Zero 2W and the 3B+ both use the same quad core Arm Cortex-A53 processor with the 3B+ running at a higher 1.4 GHz with double the RAM at 1 GB of DDR2 attached.

In the video you’ll find a few benchmark scores for the new model comparing it to the other Raspberry Pi versions. These are borrowed from ETA Prime’s review of the Pi Zero 2 which goes into a lot more detail about the hardware specifications, so please do check out his video as well.

I’ve already seen some examples of people overclocking the Pi Zero to 1.3 GHz and matching the benchmark scores of the larger 3B+ model so that sounds very promising for getting a big boost in performance from this very small board.

I guess there will be lots of talk about how this new board will be even better running a Linux desktop, allowing you to use it as an incredibly small work computer, but for me I’m more interested in the performance boost I’ll get when using it as the main processing board for a handheld retro gaming system.

I’ve been building up a handheld device based on the original Raspberry Pi Zero, but that was starting to struggle with some of the 16 and 32-bit consoles, especially as we were running some LCD screen optimisation software to allow it to get a high frame rate on a cheap SPI LCD panel.

So, in this video I wanted to get a first look at what performance improvement the new board will give us over the original Raspberry Pi Zero. I’ve compared both boards running RetroPie using a standard HDMI display and USB game controller.

The first issue you’ll need to overcome, and this is only because the board was only released a few days ago, is that the current, official RetroPie release version for the Pi Zero is incompatible with the Pi Zero 2. However, since the new board shares the same processor cores as the Pi 3B+, those builds should give better compatibility. Again the new Pi Zero 2 board uses a different Wi-Fi chip to the 3B+ so we’ll need to use one of the very latest builds of Retropie which will include the newer Linux kernel that has the correct WiFi and Bluetooth driver software. You’ll find these in the RetroPie weekly build section.

If you go to

you’ll find a list of SD card image downloads. Make sure you download the rpi2_3 image file and then burn that to an SD card. Boot up your new Raspberry Pi Zero 2 and RetroPie should install and run correctly.

Of course, if you’re watching this video after the middle of November 2021 there should be unofficial RetroPie release version tailored for the new Raspberry Pi Zero 2.

So let’s have a look at how the two compare

This extra boost in performance has really tidied up the arcade emulation so that the new Pi Zero 2 will let you play the higher end arcade games. Where the old Pi Zero struggled to keep up on higher performance games, loosing sound and video quality, the new Pi Zero 2 fixes these issues with some room to spare.

If we now look at Sega Mega Drive (or Genesis) emulation we’ll see that the old version really wasn’t able to cope. Both sound and video were struggling to keep up with the frame rate dropping down to the low 20s when there is lots of action on the screen.

Moving over to the Pi Zero 2 we instantly get full speed emulation with close to 60 frames per second on some games and no sound issues. I’ve tested this by playing Vectorman  and Gunstar Heroes, both of which push the Mega Drive close to its limits.

One last test I ran to show the performance improvements was to have a look at Nintendo 64 emulation. Super Mario 64 really doesn’t like running on the older hardware. We end up getting more of a slideshow rather than animation.

Moving onto the Pi Zero 2 W we’re getting almost playable performance using the stock clock speed. With a bit of tweaking you might be able to get a few Nintendo 64 games into a playable state.

So the new Raspberry Pi Zero 2 W really does give a significant performance increase over the original Pi Zero. Simply looking at retro emulation it’s opened up a number of new platforms that we can emulate using this ultra small form factor device. Areas were the original hardware was almost able to cope will now be fine and for me this means that even when we’re running RetroPie emulation we’ll still have some processing power for other functions such as screen optimisation and input processing.

The new model is slightly more expensive than the old one at around £13 for the bare board compared with £10, but with such a useful increase in performance it’s well worth it.

So I hope you find this video useful. Please do click the like button and subscribe to my channel so you don’t miss any new videos, and have a look around the rest of the site for more coding, making and gaming ideas.