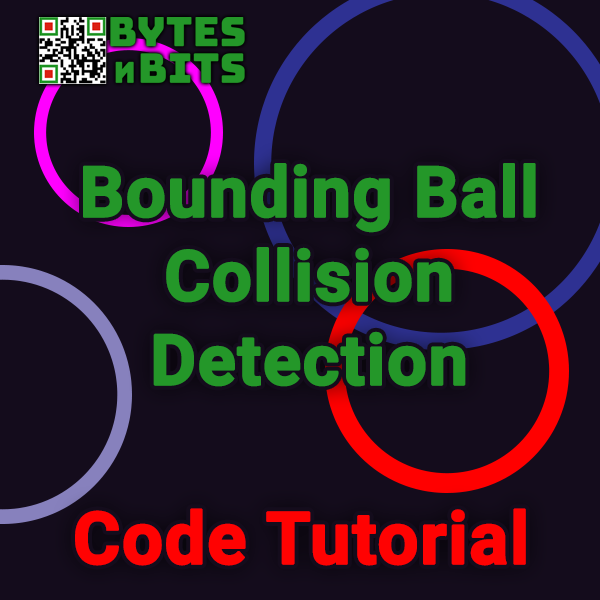 In my previous tutorial we had a look at bounding box collision detection. We saw this was a great and fast way of getting fairly accurate collision detection providing that our objects more or less fitted into a rectangular area. But what of our objects aren’t rectangular or if they need to rotate. Quite often our bounding box solution ends up with either parts of the object sticking outside the box, or areas of our box which are empty, not containing an actual part of the object. In these situations we need a new solution. 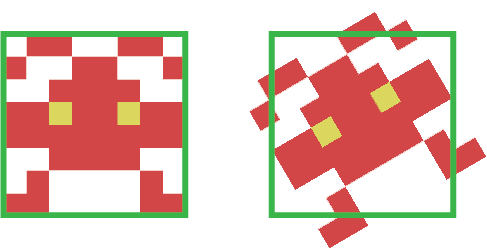 Bounding ball collision detection uses circles (balls) to surround our objects. Again we need to design our sprites and graphics so that they more or less fill their bounding ball. But once we’ve done this we are able to rotate them without parts coming outside our bounding lines.

To calculate if we have a collision we need to work out the distance between our objects. To do this we need to know the position of each object and the radius of its bounding ball. 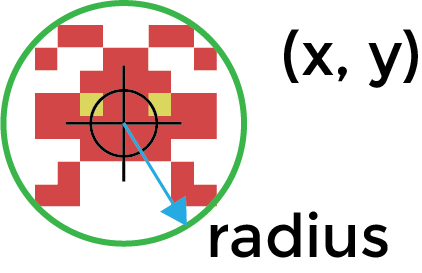 Usually the position of the object tells us the centre of the sprite or graphic. To calculate the distance between objects we simply need to apply Pythagoras theorem.

As always we are trying to minimise the number of calculations needed to detect the collision. To get the actual distance between objects we need to use a square root function. This is quite costly in terms of processing power. We can get rid of this function by simply replacing it with a single multiplication. Instead of comparing the actual pixel distances, we can compare the squares of distances.

If you have a look at the demos below I’ve created a simple bounding ball collision detection example where you can move one of the circles and make it collide with the other circle.

The second demo is taken from the Asteroids programming course where we use the bounding ball algorithm to filter out asteroids which are too far away from any of the bullets before committing to the crossing number algorithm which accurately detects if a point has moved inside the polygon of the asteroid. I’ve slowed the demo down so you can see everything happening in real time. If you fire a bullet as an asteroid you’ll see the asteroid turn red once the bullet has entered the asteroids bounding ball. You should then see the bullet continue towards the asteroid until it actually crosses into the shape.

Click on the demo below and then use the cursor keys on your keyboard to move the blue circle.

Click on the demo below and then use the cursor keys on your keyboard to rotate and up to thrust. Z is the fire key.