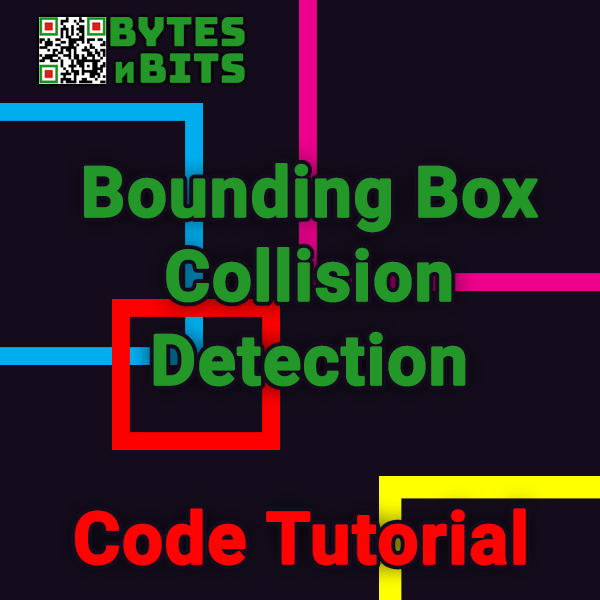 Almost all games rely on the software being able to detect when objects have hit together. This could be a missile hitting an alien, a player running into a wall, or character picking up a health bonus. Our code has to monitor the position of all of the objects on our game screen and then calculate when one is overlapping with another. This whole topic is called collision detection.

To calculate overlaps we first need to have some data about each box. Usually we’ll have the screen coordinates of the top right hand corner in the bottom left-hand corner, two diagonally opposite corners. Depending on how you store the data for each of your onscreen objects you should be able to work these out. For example, you might be storing the insertion point of the object as screen coordinates and then have a height and width in pixels. You can use the insertion point as one corner and then add the height and width to get the coordinates of the diagonally opposite corner.

The important point is is that your corner information is for the same two corners for each object.

Once we’ve got this corner information we simply need to perform four comparison checks to detect if the two objects are overlapping. These comparisons are split into pairs which check for a left-to-right overlap and an up down overlap.

For the left-to-right overlap consider to boxes that are side-by-side but not overlapping.

As the right hand box slides towards the left hand box, eventually the two closest edges will touch. 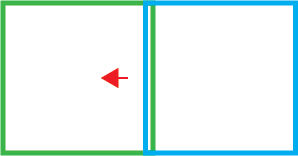 If we compare the X coordinates for each of these two sides we can create the following rule.

Similarly we can do this for a box placed to the left of another and then moving right, and for both the upwards and downwards collisions. In general this then gives us the following four conditions which must all be met for any to boxes to be colliding. 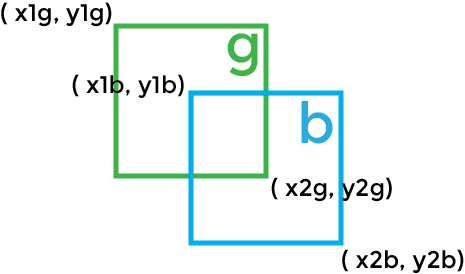 Note: you need to check on the way the coordinates work in our system. The tests above assume a normal XY coordinate system. Most graphics systems use an inverted Y axis, i.e. zero at the top, Y increasing as you move down the screen. Use the sliding box example as above to work out the conditions for each overlap in your system.

I’ve added a little test programme below to show this algorithm working. This is programmed using TIC80 in a language called Lua. The code is listed underneath the demo. Again note that TIC80 uses the inverted Y axis. If you look at the collision detection code you’ll see the amended tests.

This method of collision detection is great if your objects fit nicely into squares or rectangles. It’s very fast to calculate and places very little load on the processor so you won’t have to worry about slowdowns. However, if you have very irregularly shaped objects that don’t fill the rectangle you’ll get false hits when one box overlaps with a blank area within your bounding box.

Click on the demo below and then use the cursor keys on your keyboard to move the blue box.